Call Now For A Confidential Consultation 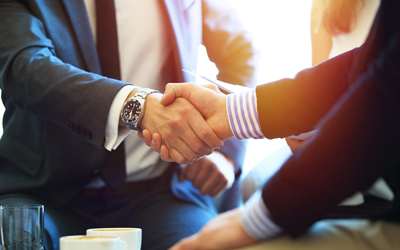 How much does it cost when a investigative company rips you off?
In the private investigation industry, Investigation Hotline has noticed all sorts of abuse relating to Google Reviews. Business owners have been maliciously and deliberately posting fake locations and reviews to illegitimately prop up their own organization and deceive the public. Google has seemingly turned a blind eye to this devious behaviour and is consequentially eroding consumer trust in local businesses. However, this trend is not unique to the investigative industry.

The investigation was initiated after a man named Tom Gehrels, a local resident of Scarborough, contacted what he believed to be a local locksmith with a great reputation on Google Reviews. “I looked on Google Maps because I wanted to use somebody local that had a good reputation,” he said. Although the business initially quoted $75 for the repair, it ended up costing him more than triple that amount at $242.95. Gehrels was outraged and did some further digging. He found that the receipt of the work order was a different business name than the one his wife originally contacted.

Gehrels took his personal story to CBC Marketplace for a further investigation. CBC Marketplace ultimately discovered that the business operated under a myriad of different names, had an “F” rating with the Better Business Bureau, found nine negative reviews on these businesses via Yelp, and spoke to several dissatisfied customers who complained of price spiking and shotty workshopmanship.

Upon a more thorough investigation of the locksmith industry, “Marketplace’s investigation shows that in the Greater Toronto Area, fake locksmith locations are flooding the market on Google Maps, so that when people search for a locksmith, it looks like there’s one nearby.” More than 80 Google Maps Reviews were found to be illegitimate.

Impact on the Private Investigative Industry
Here at Investigation Hotline, we contend that these types of fraudulent business practices are not unique to the locksmith industry. There’s a new game in town where a lot of companies, particularly in private investigation industry, are setting up fake virtual offices to con the public with fake reviews, images and addresses. Owners of investigation companies are eroding consumer trust by creating fraudulent Google Maps listings and cramming them full of fake reviews. Upon our own investigation, we found that purchasing these types of shady reviews can be done for only $5 a post.

This is not meant to be an indictment of the entire investigation industry. The truth is that there are only a couple of bad apples in our industry, but these fraudulent actors are leveraging the Google Reviews platform’s lack of authenticity to dupe the public and threaten the reputation of legitimate business owners in this space.

As the CBC Marketplace explains, consumers trust Google. Many shoppers rely on the Google Review platform solely when making a product or service purchase. The issue is with Google’s lack of enforcement for their own policies. “It’s profitable and there’s no real enforcement,” a U.S. search engine consultant and Google Maps local search expert said.

“Fake listings erode consumer trust in how to find a good local business — and in the online marketplace generally. And when things go wrong, it can make it hard for consumers to find those accountable.” The business owners that post these fraudulent reviews are in violation of Canada’s Competition Act, which states that “anyone who produces, sells or distributes fake endorsements or reviews could be liable under the Competition Act.” Business with a central location are not permitted to have more than one Google profile and must show their legitimate business hours.

Are Consumers Being Protected?
Canada’s Competition Act is designed to prevent shady business practices. “The Bureau investigates suspected anti‑competitive behaviour, which may violate the Competition Act. If, after investigation of a criminal matter, the Commissioner decides that there is enough evidence, cases are turned over to the Attorney General of Canada who decides whether to prosecute in the criminal courts.” Why is our federal government not looking into this matter?

Google’s Defense
In a recent 2019 blog post titled “How we fight fake business profiles on Google Maps”, Google’s argues that “We’re continually working on new and better ways to fight these scams using a variety of ever-evolving manual and automated systems. More than 99 per cent of the businesses people find on Google Maps are legitimate and we’re working hard to detect and remove the small number of fraudulent listings that have been posted by bad actors.”

Google Needs To Do Better
Google needs to be encouraged to do more to protect consumers and to explain how their Google Ads system works to a public who is generally not aware that Google derives revenue from selling top billing positions to businesses. This practice ensures that those businesses that pay more to Google derive more consumer exposure and first-time customers, whether or not they are a legitimate company.

Investigation Hotline believes that Google is clearly not doing enough to protect consumers from malicious and dubious digital behaviour that is costing the public dearly. They rely on their algorithm almost exclusively, and they should be dedicating themselves to a persistent investment to audit their platforms and showcase only legitimate consumer behaviour and opinions.

Despite handfuls of reports and complaints to Google about the bad actors in the investigation industry, Google turns a blind eye and are unwilling to protect the consumers that trust their brand so dearly. We do not accept this and will continue to fight for your rights as a consumer in search of a reputable, professional investigative organization that has your best interest in mind!

We welcome your feedback and thoughts in the Comment section below.

Have You Been Scammed?
If so, you can report perpetrator to the Better Business Bureau, Ministry of Community Safety and Correctional Services , and the Canada Competitions Act.

PrevPreviousWhy You Must Count on Professional Private Investigators
NextIs Surveillance Legal When It Comes To Your Spouse?Next
Menu
Menu
Services
Menu
Areas We Serve
Menu